A fan sings while playing a sidewalk acoustic show in front of Rhino's All Ages Club during the 2012 Plan-It-X Fest in Bloomington, Ind. The Plan-It-X Fest which was from June 22-24 was a fundraiser for several charities and drew dozens of bands and hundreds of punk rock fans from across the United States and the world. Plan-It-X Records (also known as PIX) is an independent record label in the United States. The festival first took place in 2004 to celebrate the 10-year anniversary on the label. Bands performing at the festival may or may not be on the label. 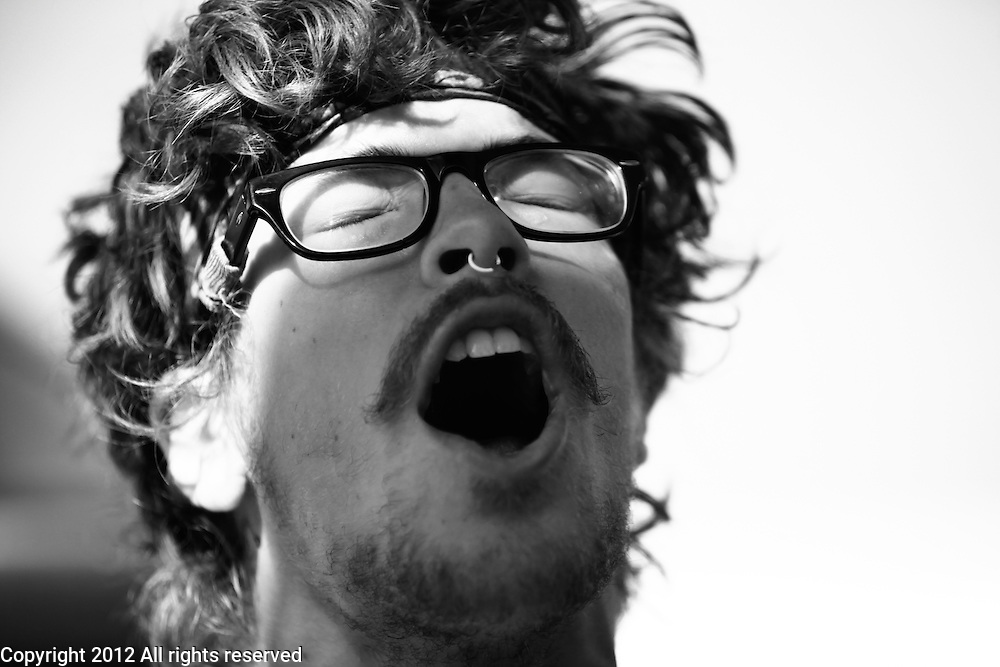