Minutes after being freed by the Chinese Communists, 11 crew members of the B-29 "Superfort" shot down during a leaflet-dropping mission over North Korea in January 1953, walk to freedom at Hong Kong. Leading the group is Col. John K. Arnold, Jr., left, accompanied by Lt. Col. O.D. Simpson, air attache at Hongkong. The group was taken later to the Jockey Club in the Hongkong crown colony, received new, clean clothes, took shower baths and enjoyed their first meal since freedom, a steak dinner with all the trimmings. 6 August 1955 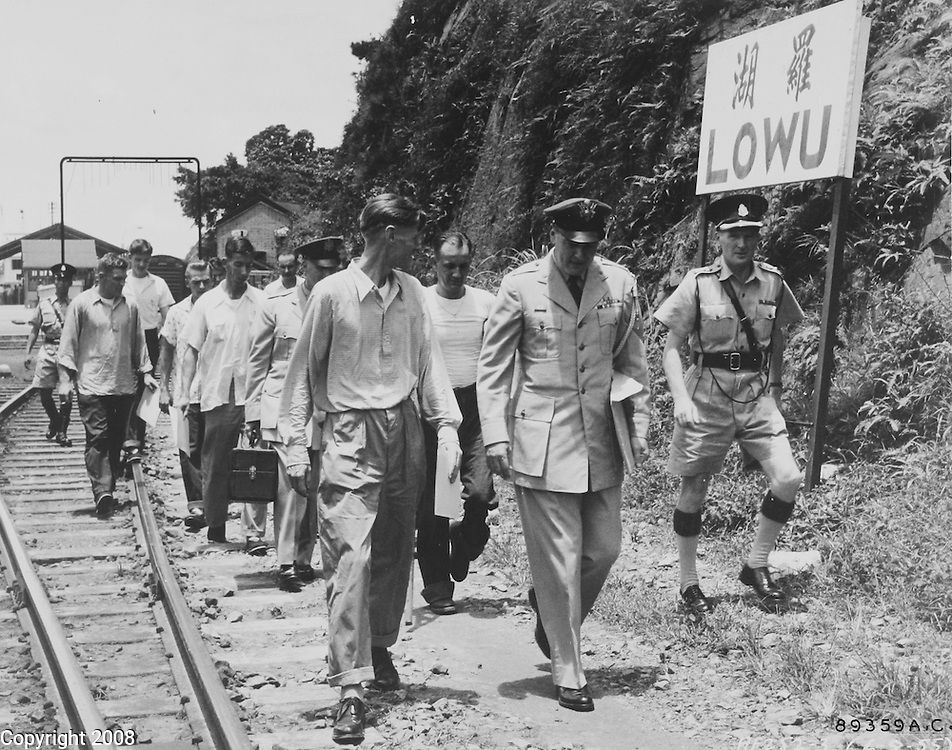