Jerry Hogan, who is a Vietnam Veteran, painted his entire hour camouflage after gang members tagged his house several times with graffiti. Hogan who fought one war in Vietnam now fights a war at home with PTSD and another with local criminals who have been harassing him. The gangs tagging his house eventually shot at it with a 9 mm pistol. Hogan has since moved but not because of the gang members who he said he isn't afraid of dealing with after serving tour tours in Vietnam. 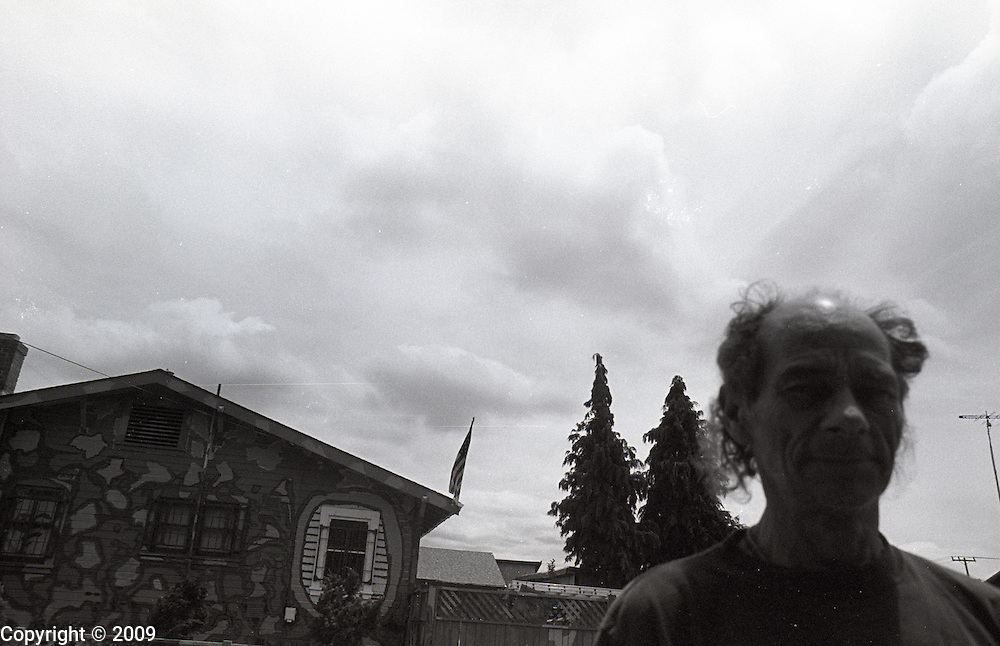