10282017 - Shelbyville, Tennessee, USA: Participants walk to the site of the security checkpoint for the "White Lives Matter" rally in downtown Shelbyville, Tennessee. The rally, and the counter rally were the largest such gatherings since the deadly Charlottesville Unite the Right rally in August. Police created two areas for protesters, and kept the groups apart. A coalition of neo-Nazis and white nationalists including the Nationalist Socialist Movement, Traditional Workers Party, Vanguard America and Anti-Communist Action, and League of the South, were present. A second rally in Murfreesboro was canceled, and the groups gathered at Henry Horton State Park, but dispersed when members of the media arrived. 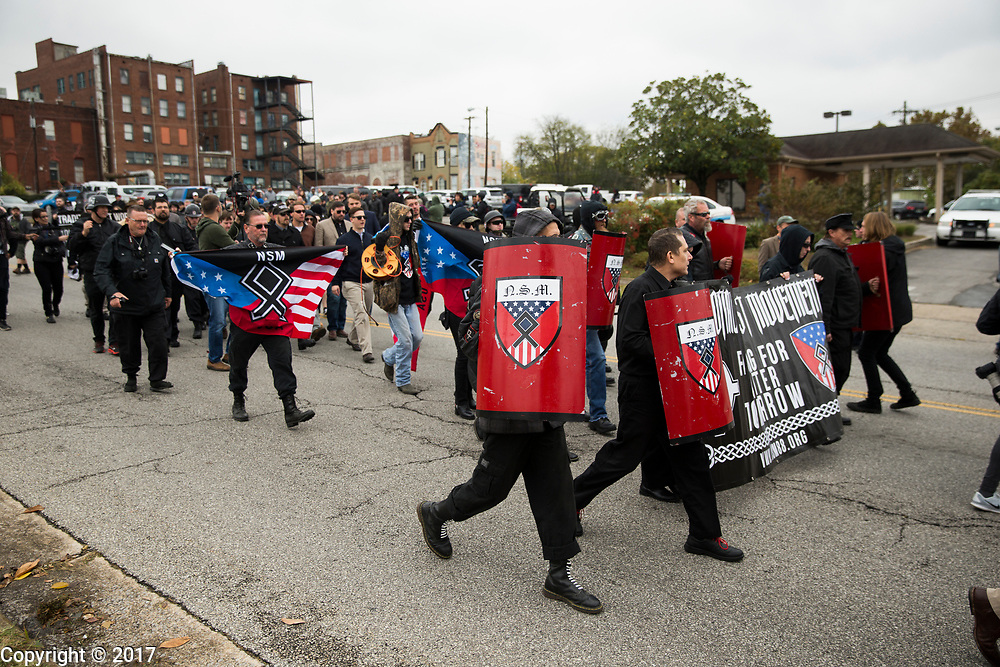